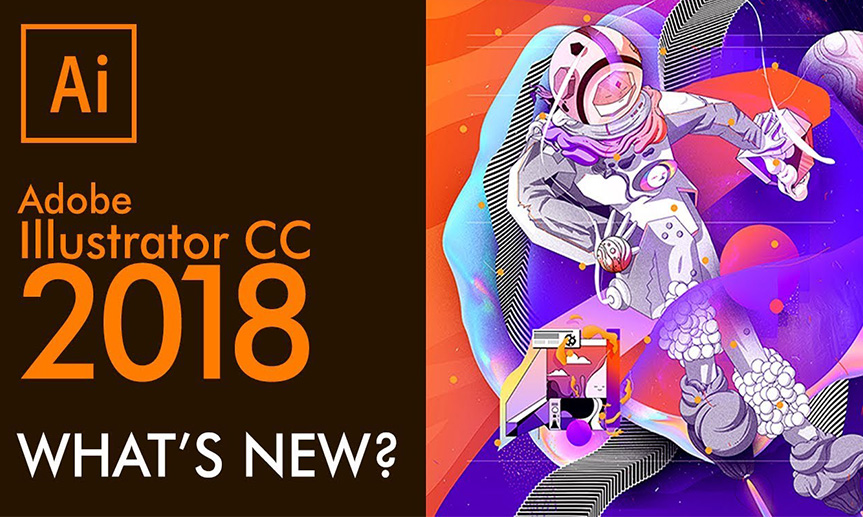 Adobe Illustrator is a vector graphics editor developed and marketed by Adobe Systems.
The latest version, Illustrator CC, is the seventeenth generation in the product line.
Adobe Illustrator was first developed for the Apple Macintosh in December 1986 (shipping in January 1987) as a commercialization of Adobe's in-house font development software and PostScript file format.
Adobe Illustrator is the companion product of Adobe Photoshop.
Photoshop is primarily geared toward digital photo manipulation and photorealistic styles of computer illustration, while Illustrator provides results in the typesetting and logo graphic areas of design. Although during its first decade Adobe developed Illustrator primarily for Macintosh, it sporadically supported other platforms.

In the early 1990s, Adobe released versions of Illustrator for NeXT, Silicon Graphics, and Sun Solaris platforms, but they were discontinued due to poor market acceptance.

Please follow this link to know more about this software in our Advanced Graphics for Print Course with Illustartor & Photoshop CC.

The first version of Illustrator for Windows, version 2.0, was released in early 1989 and flopped.
The next Windows version, version 4.0, was widely criticized as being too similar to Illustrator 1.1 instead of the Macintosh 3.0 version, and certainly not the equal of Windows' most popular illustration package CorelDRAW (note that there were no versions 2.0 or 4.0 for the Macintosh – although the second release for the Mac was titled Illustrator 88 – the year of its release).

Version 4 was, however, the first version of Illustrator to support editing in preview mode, which did not appear in a Macintosh version until 5.0 in 1993.
Adobe Illustrator 10, The last version before the Creative Suite Rebrand With the introduction of Illustrator 6 in 1996, Adobe made critical changes in the user interface with regard to path editing (and also to converge on the same user interface as Adobe Photoshop), and many users opted not to upgrade.

Illustrator also began to support TrueType, effectively ending the "font wars" between PostScript Type 1 and TrueType. Like Photoshop, Illustrator also began supporting plug-ins, greatly and quickly extending its abilities.
The difference in strengths between Photoshop and Illustrator became clear with the rise of the Internet; Illustrator was enhanced to support Web publishing, rasterization previewing, PDF, and SVG (Scalable Vector Graphics.)
Adobe was an early developer of SVG for the web and Illustrator exported SVG files via the SVG File Format plugin.

Using the Adobe SVG Viewer (ASV), introduced in 2000, allowed users to view SVG images in most major browsers until it was discontinued in 2009.
Native support for SVG was not complete in all major browsers until Internet Explorer 9 in 2011.
Along with Creative Cloud(the result of Adobe's shift on its release strategy), Illustrator CC was released.

This version (the seventeenth) was the first to be only sold in a subscription-based service model, in line with the other software in the formerly called Creative Suite.
As part of Creative Cloud, this version brought improvements in that subject such as color, font and program settings syncing, saving documents to the cloud, and integration with Behance
(a creative collaborative network), as well as other features such as a new touch-compatible type tool, images in brushes, CSS extraction, and file packaging.: