If you are a Photographer trying to transition to video or a filmmaker hoping to improve your video production through lighting, this advanced course is perfectly for you.
Learning how to move the camera , record sound and deal with footage in post-production are important steps but if you think about it , the essence of stills and motion is Light.
Both are creative interpretation of what we consider ( REALITY ) to be and regardless the medium, what really matters is the story we are trying to tell.
So just because our cameras can capture images at extremely high sensitivities it doesn't mean that we don't light OR need to light.
We shall start this advanced lighting course by covering how lighting & Location can work together to create a scene, then we will walk you through several scenarios using natural light & artificial lights. 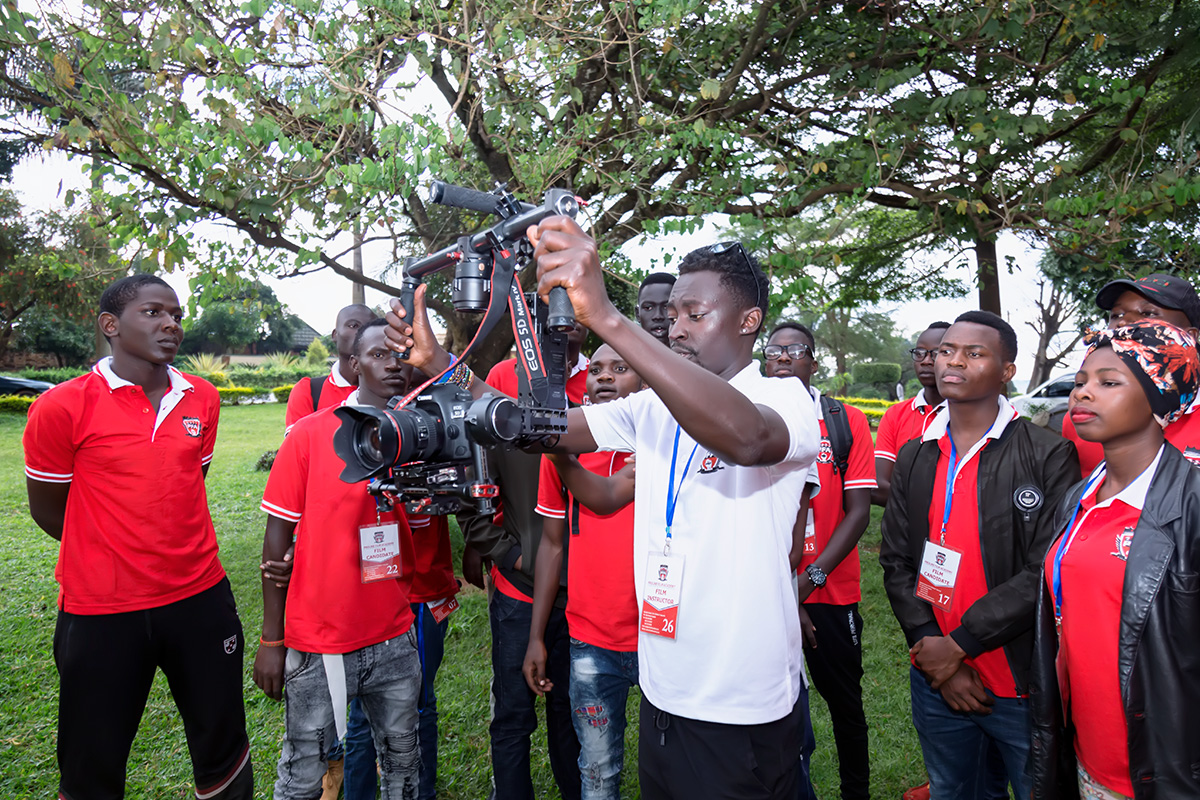 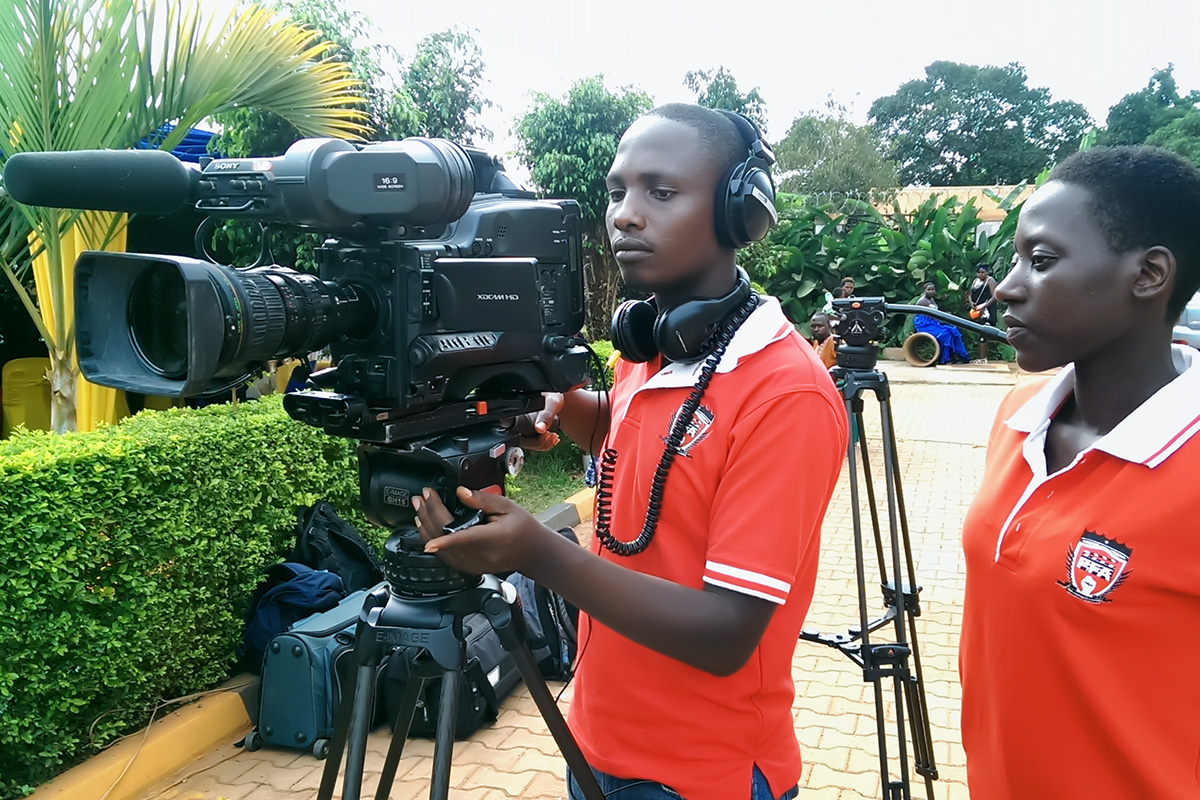 We Are The Best

To make a film means to be a producer, requiring a combination of the art and techniques of film narration and the tricks of finance.
Being a producer is also about giving adequate answers to questions that underlie the desire and reasons for producing:
What to produce? Why? How?
Both objectively and subjectively, these questions determine the entire cultural or commercial vision, the strategy behind any movie or video production.
[ says Mr. Henry Nsereko Kiwanuka ]
Throughout this course we will cover: - How to guide the viewer's eye attention, Reveal or obstruct objects, Depth to the scene, Achieve variety of moods & effects, all these through the proper use of lights and often with simple tools.
Ready to launch into the exciting world of film and video production? In this path, you'll learn best practices and expert techniques for everything from location scouting and lighting to audio recording and post-production.

Our Main Objectives in this Lighting & Camera course is to prove that you understand why and what to light doesn't require a lot of expensive equipment or a Hollywood budget, that we can harvest resources like natural and available light and work with practical lights to enhance our stories.
Through detailed instruction, tongue-in-cheek sketch illustrations, and hands-on examples, we'll show you the fundamentals of cinematic lighting and how you can use light as a paintbrush to tell your stories like the pros, with just the right look, exposure.
This course introduces students to the world of advanced camera and Lighting techniques for profession filming.
This Course provides a fundamental knowledge of lighting types, principles, techniques, and applications used to produce a desired look.
This is an advanced lighting course for cinematographers wanting to expand their knowledge in lighting for film and television. 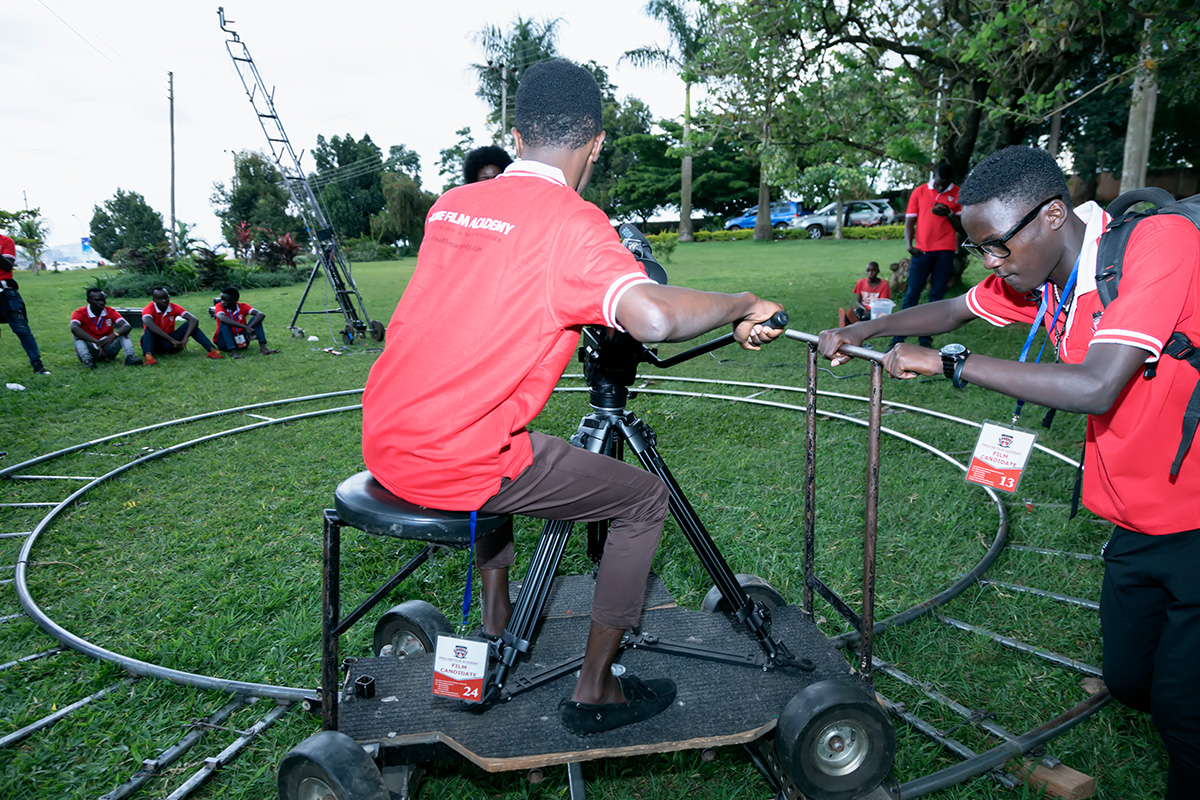 This is the most advanced lighting course for cinematographers, gaffers and freelance filmmakers who want to explore dramatic lighting techniques for feature films.
Through lectures, screenings, and discussions, this class covers the importance of light in visual storytelling.
Through hands-on exercises, the class tackles challenging lighting situations with a goal of achieving a specific visual aesthetic.

Learn advanced Lighting techniques for your next projects:

Students tackle creative and technical challenges of cinematography, they learn how to scout a location, plan lighting requirements of a scene and how to work collaboratively as a film crew.
Students light scenes with HMI, tungsten and fluorescent lights and use grip equipment to "shape the light" in a series of exercises.

Good lighting can transform any scene, regardless of your camera and location, Of any production expense, it's where you get the most value.
Students light a variety of interior and exterior residential and commercial spaces, car interiors, day and night street scenes, and dramatic situations with actors.
Develop the skills you need to light any shooting situation in this course with audio and video professional, Artist Henry, A.K.A Kiwasonic introduces you to a few extra pieces of gear that will make your job easier and then shows how to light indoor and outdoor spaces, supplement daylight, and work with what you've got, whether it's dimmer switches or lampshades.
Proline Film Academy's industry partnerships also makes sure your course is always up to date, and provide you with opportunities and contacts.

Dive into the most advanced lighting workshop for cinematographers, gaffers, and freelance filmmakers who want to explore dramatic lighting techniques for feature films. Successful filmmakers all over the world consider lighting to be a primary tool in visual storytelling. 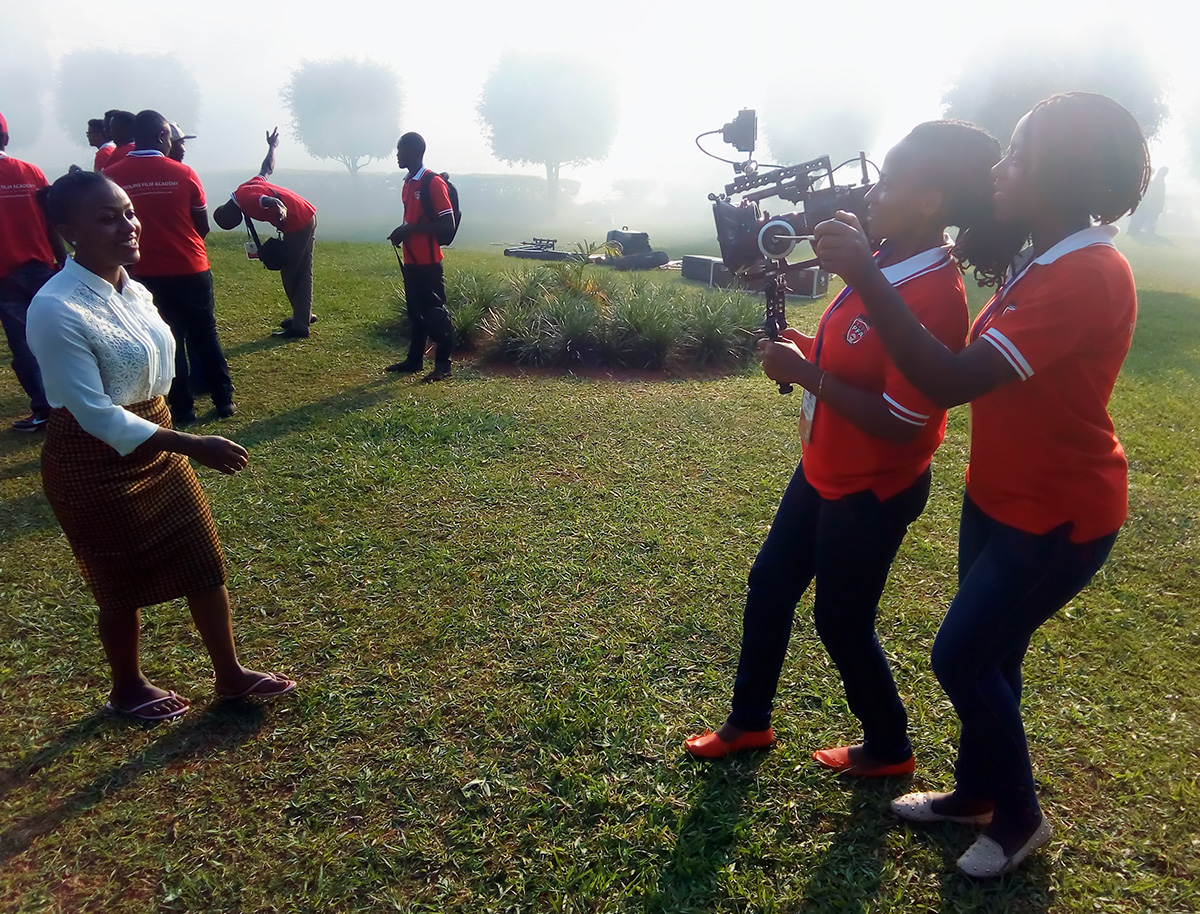 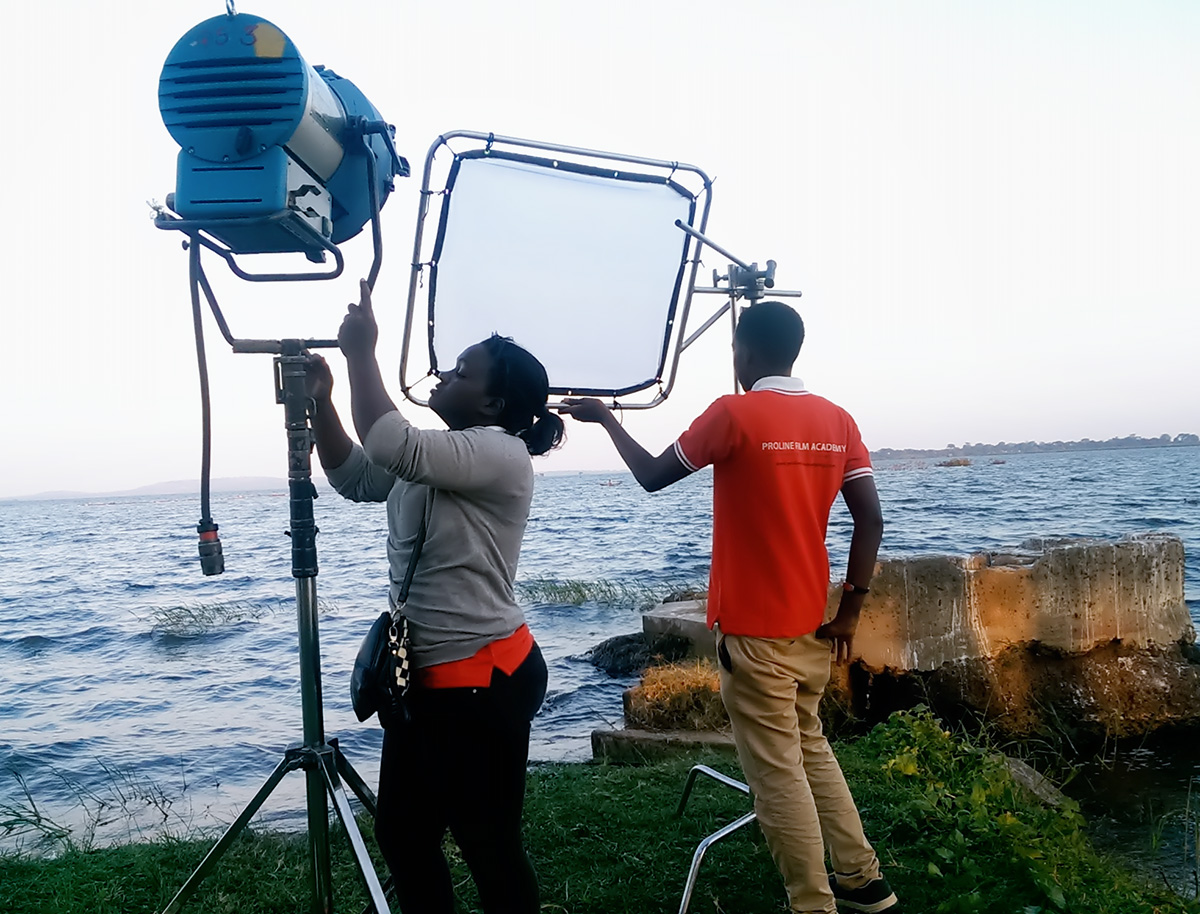 Through filming we transform youth to entrepreneurs and entrepreneurs into agents of change as you advance your life and discover your purpose in order to close the unemployment gap within the youth.

01. About Our Advanced Lighting & Camera Techniques Course: Inside the COURSE CONTENTS

THIS COURSE SUITS ALL: 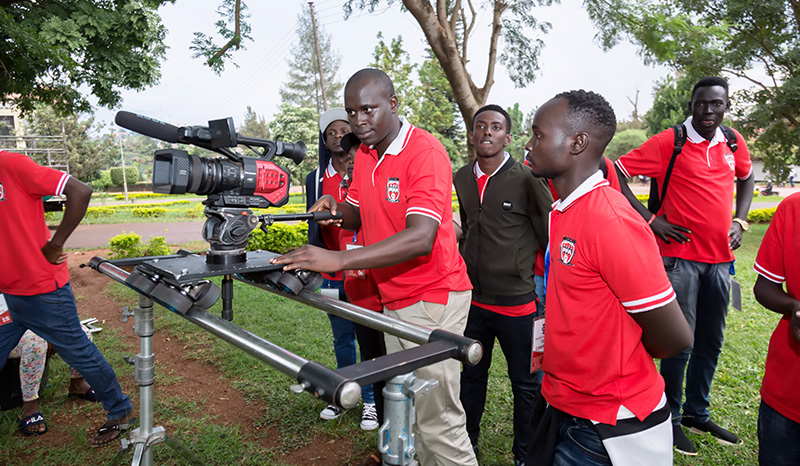 Our film school is recognized as a place dedicated to developing your unique voice as a filmmaker and ultimately the place from which you can launch your career through the work you will produce and the many industry professionals you will meet during your time with us.. 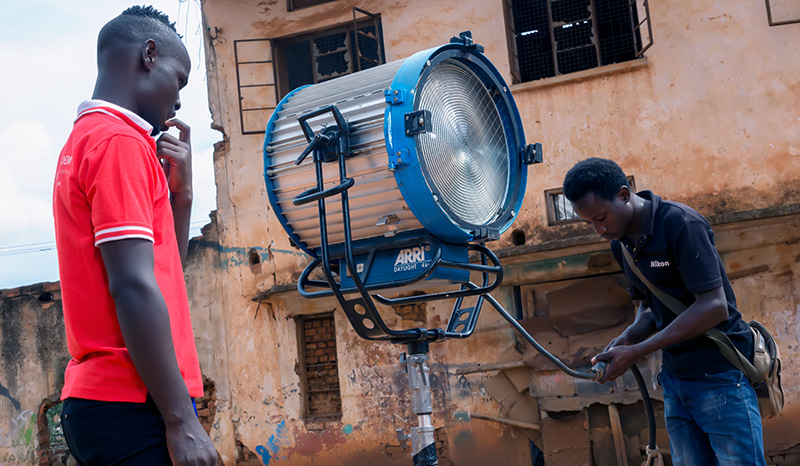 Part of what makes Proline Film Academy one of the best Media schools in East Africa is the vast variety of film workshops designed for every schedule and learning goal.
Our Media school is the perfect place to turn your passion into practice. 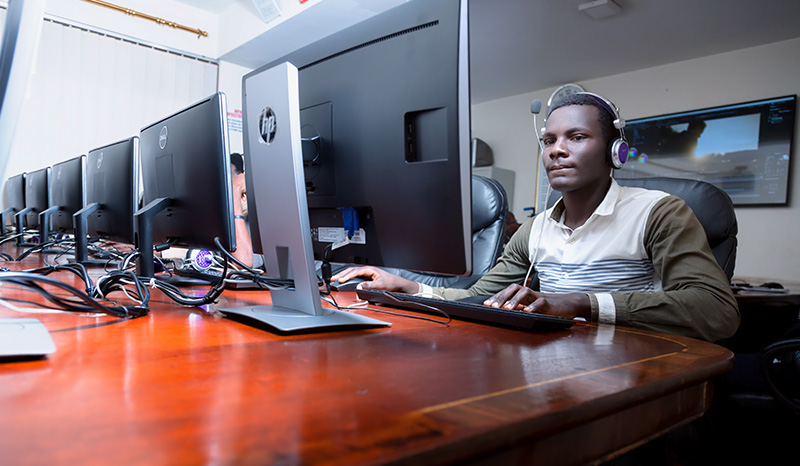 Our mission is to inspire a new generation of creative professionals. We bring the education and screen industries together in a creative environment, driven by great teaching and practical, hands-on experience, led by inspiring role models. 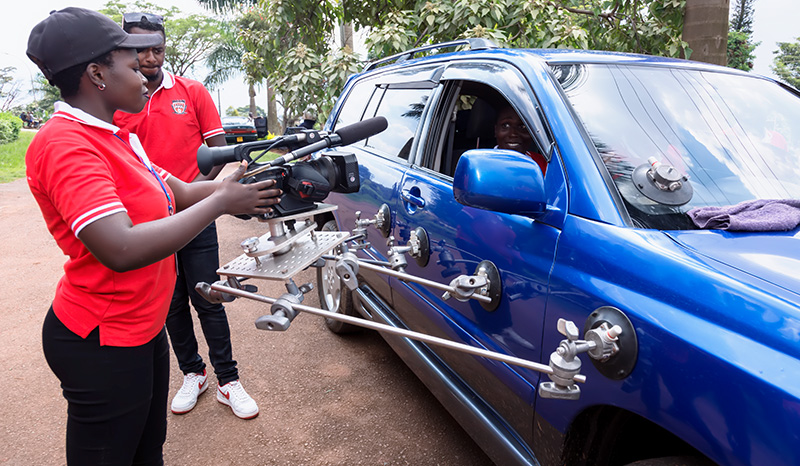 Beyond the theory and history of cinema, Our Media school places an emphasis on hands-on experience.
P.F.A offers a wide variety of workshops in filmmaking that allow students to obtain a strong foundation in a short period of time.

SOFTWARE PACKAGES FOR THIS COURSE:

CAREERE OPORTUNITIES AFTER YOUR COMPLETION FOR THIS COURSE:


Also referred to as a director of photography, the cinematographer is the individual responsible for the actual shooting of a film.
All relevant aspects falls under their purview; such as lighting, camera placement, angles and movement.
Widely accepted is the notion that through the proper use of filming elements, the cinematographer can successfully deliver the essence and tenor of the feature.

In 1903, the first silent movie, The Great Train Robbery, was introduced to the world.
Since that time, motion picture technology has advanced significantly. However, cinematography is still one of the most important aspects of making any motion picture.
Cinematography involves the use of special cameras to capture moving images.
When these moving pictures first captured the world at the beginning of the 20th century, this was accomplished by capturing several different still images and showing them in rapid succession. Today, however, the majority of cinematographers rely on digital technology.
Some cinematographers do still use physical film, though, but usually only when they are trying to create a certain look or mood for a motion picture.

Cinematographers are probably the most important people that work to create motion pictures. Without these professionals, moving images would not be captured, and there would be no motion picture.

These professionals, however, never work alone. Instead, they collaborate with several other motion picture professionals during the filming of a movie.
For example, they are constantly communicating with the director, who gives instructions on what he envisions for each scene. It is then the cinematographer’s job to capture the perfect shots.

In many instances, a cinematographer will also work with several other cinematographers as well.
This is especially true of larger productions, such as major motion pictures. Smaller budget projects, on the other hand, may only require one cinematographer.

Cinematographers are not only needed to shoot motion pictures.
Some cinematographers might also capture moving images for television shows, documentaries, and advertisements as well.

Lighting technicians are often called ‘sparks’.
These guys work in the film, TV and video production industries and are specially trained to operate technical lighting equipment.
They’re responsible for setting up and operating equipment under the supervision of a lighting director or a ‘gaffer’.

TV shows and films cannot be shot in the dark, and therefore lighting technicians are an absolutely vital part of the production process.
These guys’ expert use of different lights can give a film its distinctive style. Indeed, different lights give scenes different moods and stylistic flourishes.

If you pursue a career as a lighting technician, you might be responsible for rigging up lighting equipment, carrying out lighting tests, positioning lights during shoots, and managing the inventory of bulbs and filters.
Furthermore, you might be required to test new technologies and operate lighting boards from time to time.

As you progress in your career, you might become an assistant chief lighting technician (often called the ‘best boy’).
In this position, you’ll be responsible for coordinating the activities of all the different technicians, liaising with the rest of the production team and providing direct assistance to the ‘gaffer’.
The gaffer is in charge of all the practical lighting tasks.
They oversee the work of the technicians and best boys, and work closely with the lighting director to make the big, creative lighting decisions.
They might even offer recommendations about specific equipment.

The lighting director is the big dog of the lighting team.
These guys use their expert technical knowledge and creative flair to decide how the lighting setup will meet the director’s overall creative vision for a scene.
They oversee all the lighting activity and create detailed plans that determine where certain rigs and coloured lights are used.

Lighting directors begin by designing a lighting plan for the production.
They use set designs, theater plans, storyboards, photos, computer software and scripts to create lighting cues and devise a layout.
Throughout the rehearsal and design process, the lighting director must edit and develop this plan. Safety concerns and special effects must be considered.
A complete light plot must be approved.
The plot must include the locations, colors and dimmers for all lights that are to be included in the production, along with lighting cues.
The lighting director must also work within a lighting budget.
They must inventory equipment and order any additional items needed for their lighting plan.